Provided with a vaguely worded problem, I set out to build a ruby command line application capable of alphanumerically sorting all possible unique combinations of a word, returning the word’s index. Other notable requirements; input will be 25 or less characters, alphabetical only, no symbols, spaces, numbers.
Using Sinatra, a lightweight ruby framework, I adapted the command line application into a basic web application, hosting it with Heroku. CSS and design with the help of Bootstrap and Font Awesome.(2013) 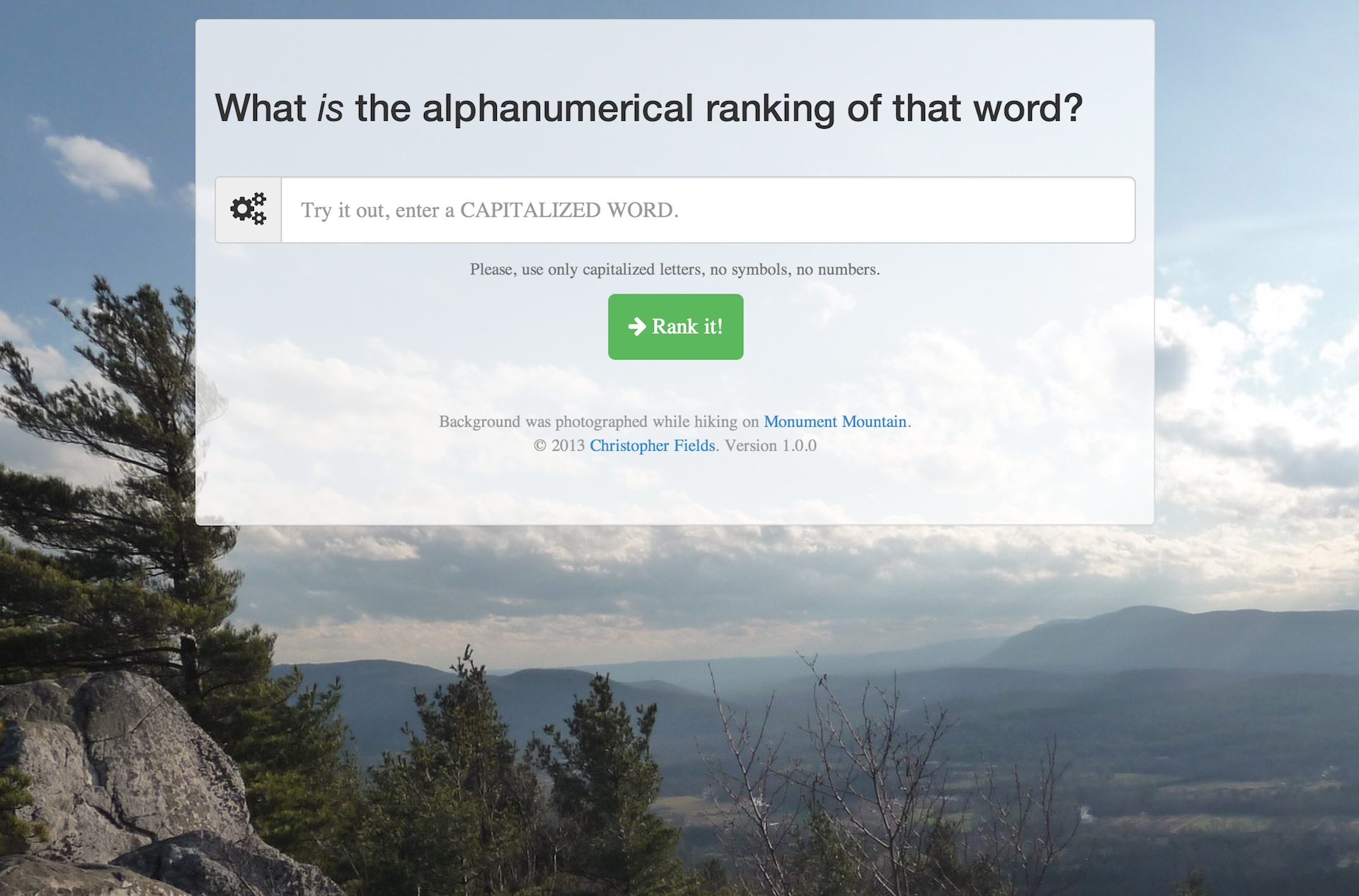 Using a Raspberry Pi, I set out to determine if the low powered ARM chipset had enough processing power to effectively work as a server providing a remote Gqrx client ability to tune, and capture frequencies. While testing is ongoing, the RPI appears to be very promising, especially if there is a narrow range of frequencies in question. (2013) 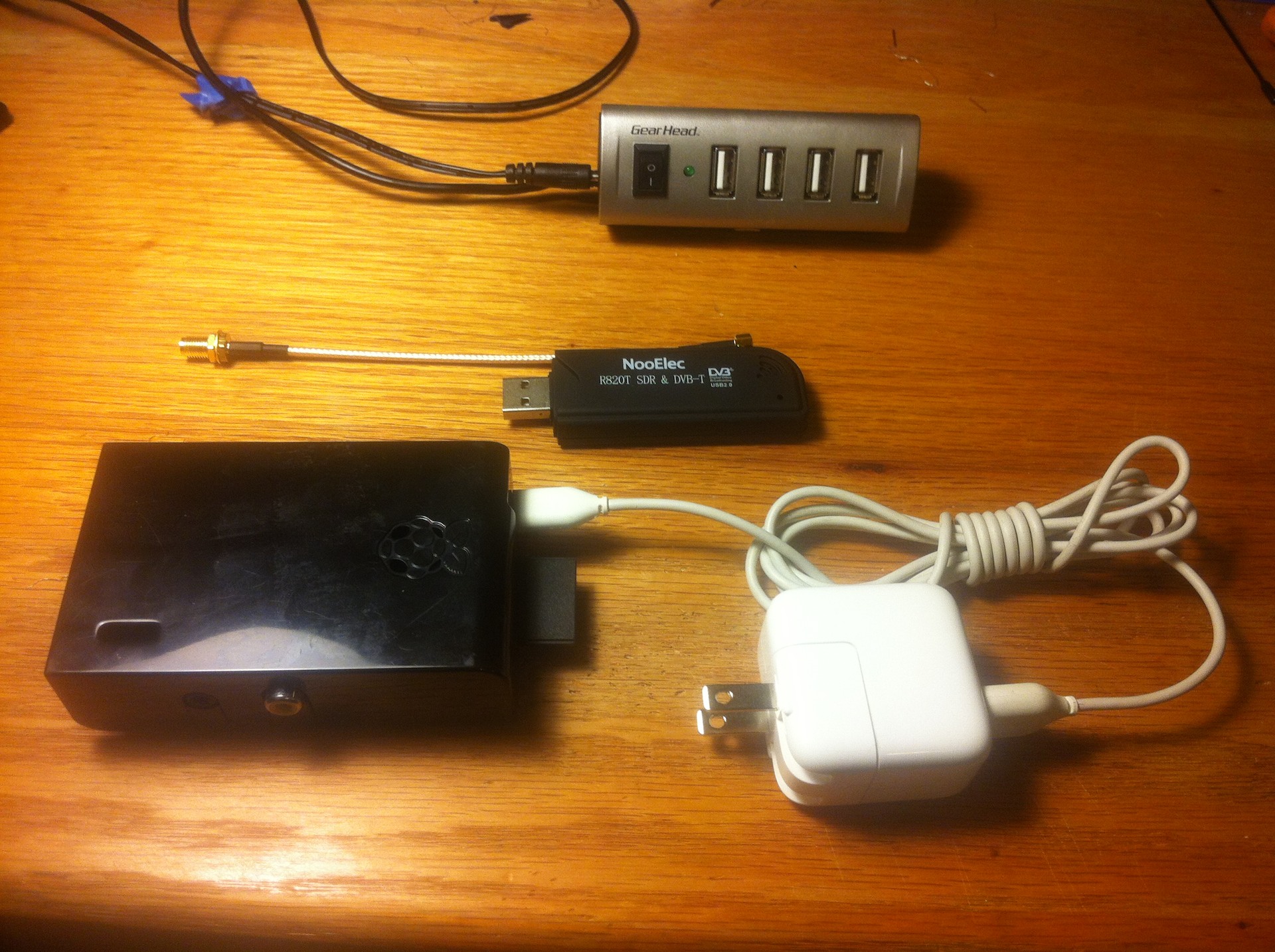 The intention is to create a device capable of recording it’s surroundings over the duration of a 2-3 day time frame. Ideally the GPS will be able to periodically lock onto signal, although it remains to be seen if the logistics of power consumption & signal strength without line of sight to sky is feasible.

Additionally there will be an ADXL345 accelerometer, which is capable of identifying +/- 16g, single/double tap, slope, free fall, in the absence of movement, a sleep signal. There is a single wire digital temperature sensor, which provides output over a single GPIO pin.

There will be a usb WiFI adapter operating via Realtek RTL8188CUS drivers supplied in debian. This will upon instruction or preset time interval, run ‘iwlist wlan0 scan’, recording the timestamped results of nearby wireless networks.

Finally there is the power source, a battery roughly the size of a paperback book. Upon rough calculations, there should be capacity for between 28 and 66 hours. Sleeping the RPI, and components should extend the time past 66 hours, I believe the ADXL345 which is able to provide a sleepmode signal will be instrumental in this. Additionally disabling hdmi, sound, and ethernet should aid in further power reduction.(2013) 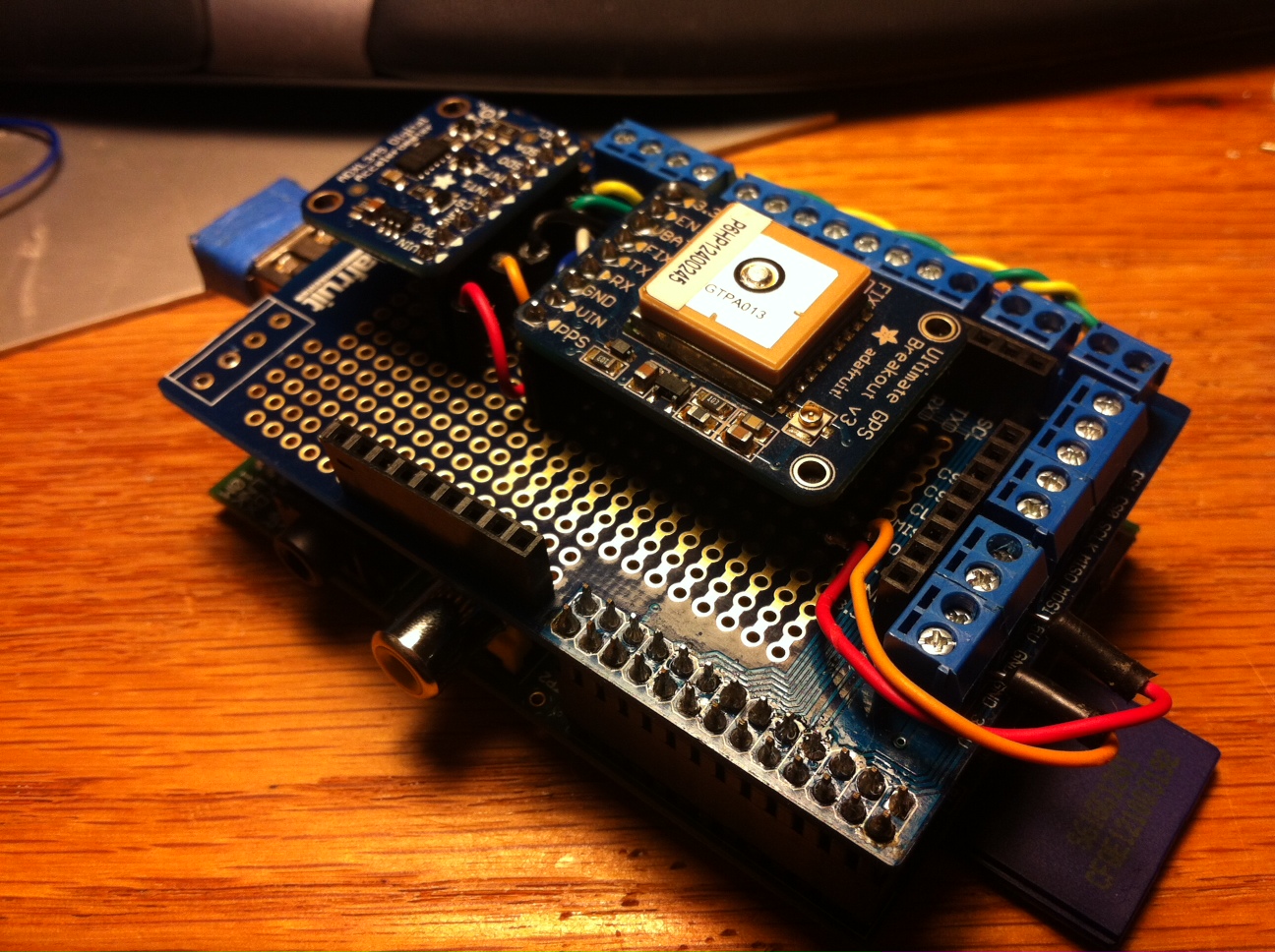